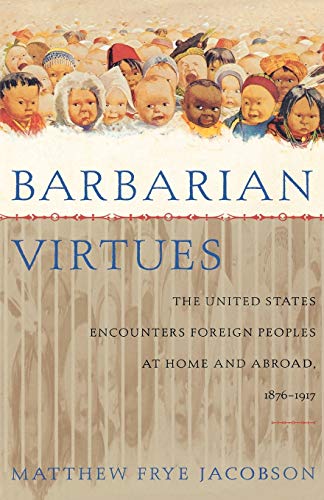 How a new American identity was forged by immigration and expansion a century ago.

In Barbarian Virtues, Matthew Frye Jacobson offers a keenly argued and persuasive history of the close relationship between immigration and America's newly expansionist ambitions at the turn of the twentieth century. Jacobson draws upon political documents, novels, travelogues, academic treatises, and art as he recasts American political life. In so doing, he shows how today's attitudes about "Americanism" -- from Border Watch to the Gulf War -- were set in this crucial period, when the dynamics of industrialization rapidly accelerated the rate at which Americans were coming in contact with foreign peoples.

"An excellent look at an aspect of U.S. history not often discussed or studied." --Vanessa Bush, Booklist

Matthew Frye Jacobson, a professor of American Studies at Yale, is the author of Whiteness of a Different Color and Special Sorrows. He lives in New York City.