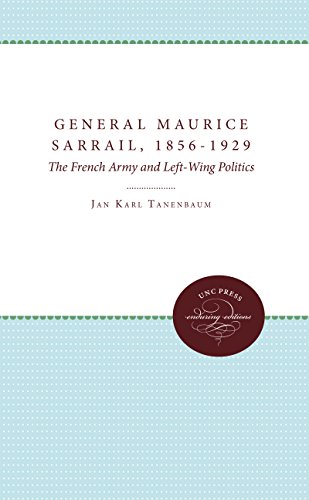 Commander of the French Third Army at the Battle of the Marne, commander of the Allied Eastern Army in 1916-17, and high commissioner to Syria and Lebanon in 1924-25, Sarrail was one of the most controversial figures of the Third French Republic because of his deep involvement with domestic politics. Unlike the majority of twentieth-century military officers, however, he was an ardent supporter of Republican ideals and closely associated with the political Left. Originally published 1974. A UNC Press Enduring Edition -- UNC Press Enduring Editions use the latest in digital technology to make available again books from our distinguished backlist that were previously out of print. These editions are published unaltered from the original, and are presented in affordable paperback formats, bringing readers both historical and cultural value.