Items related to From Boer War to World War: Tactical Reform of the...

From Boer War to World War: Tactical Reform of the British Army, 1902-1914 (Campaigns and Commanders Series) 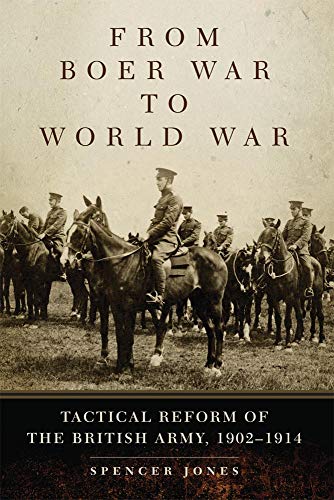 The Cherokee husband-and-wife team who recorded and translated these folktales in 1961 helped to preserve the lore of seventeen elder Oklahoma Cherokees. This volume includes a wide variety of folklore; talking-animal stories, tales of a dragon-like creature and other monsters, accounts of little people inhabiting the hills of eastern Oklahoma, variants of European tales, fragments of Cherokee mythology and cosmology, and legends and lore of historical personages and events. The authors present the stories exactly as they were told, adding brief comments to place the stories clearly in the context of Cherokee life and thought. Musical notations are included wherever a song formed part of a story.

"In this well-written, convincing study, Spencer Jones admirably demonstrates how the British Expeditionary Force was shaped by the lessons of the Boer War. He shows that the Boer War period is crucial in terms of military history and the transformation of ideas, and that it has been overlooked by historians of World War I for too long. This is an important work."--Stephen M. Miller, author of Volunteers on the Veld: Britain's Citizen Soldiers and the South African War, 1899-1902
"Spencer Jones's thorough research, combined with a full awareness of the existing literature, makes this a valuable contribution to our understanding of the lessons learnt from the Boer War by the British Army and their importance for British tactical reforms before the Great War. As the author succinctly proves, the tactical foundations of the victories of 1914 were laid down by the bitter experience of the Boer War and subsequent reforms. Reading Jones's work is an immense pleasure."--Fransjohan Pretorius, author of Historical Dictionary of the Anglo-Boer War and The Great Escape of the Boer Pimpernel: Christiaan de Wet--The Making of a Legend

Spencer Jones teaches at the School of History and Cultures at the University of Birmingham, England.

1. From Boer War to World War: Tactical Reform of the British Army, 1902-1914 (Campaigns and Commanders Series)

Book Description University of Oklahoma Press, 2012. Condition: Good. A+ Customer service! Satisfaction Guaranteed! Book is in Used-Good condition. Pages and cover are clean and intact. Used items may not include supplementary materials such as CDs or access codes. May show signs of minor shelf wear and contain limited notes and highlighting. Seller Inventory # 0806142898-2-4