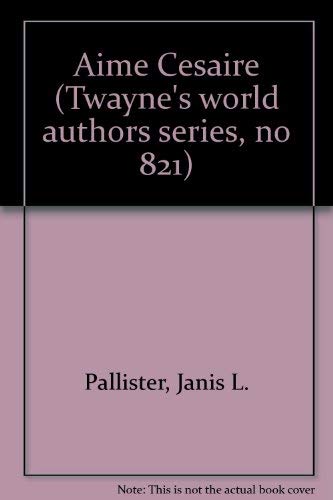 A pioneer of the negritude movement, the French Caribbean poet, playwright, and essayist Aime Cesaire invested even his most lyrical writing with a call for revolution and change in a prejudiced and flawed world. The narrator of his landmark work, the 1939 epic poem Cahier d'un retour au pays natal, bitterly confronts the squalor and spiritual deprivation of his homeland, Martinique. In this intense, often hermetic poem the cosmopolitan protagonist's search for identity leads him back to his origins and to a revalorization of black pride.
Cesaire's equally engaging plays focus on decolonization, primarily the point at which black progressive leaders face reactionary opposition among the newly autonomous black people. Cesaire's preoccupation with the ideal black man--the "culture hero"--prompted his dramatic retelling of the stories of such tragic figures as the Haitian revolutionary Toussaint Louverture, the Haitian "king" Henri Christophe, and the Congolese leader Patrice Lumumba, all of whom experienced an eminent rise to power and then a sudden fall.
In this first English-language study of Cesaire's poetry collections, plays, and notable essays, Janis L. Pallister looks at the author in the context of the groundbreaking negritude and surrealism movements to which most of his writing adheres. Approaching Cesaire's work chronologically and assuming little or no knowledge of French on the part of the reader, Pallister examines the two dominant themes of Cesaire's work--the need for revolution and the paradoxes of decolonization--and explores Cesaire's struggle to reconcile his art with the demands of a political agenda (he has been mayor of Fort-de-France and a deputy to the French National Assembly).
Pallister analyzes Cesaire's works as products of a particular human condition--both in a historical context and in that of the twentieth-century social, cultural, and political milieu to which they pertain--and assesses the critical trends that have arisen in connection with this influential poet, journal editor, and politician. For the student seeking a comprehensive introduction to Cesaire or the seasoned scholar in want of a handy reference, this study should prove invaluable.

Book Description Twayne Pub, 1991. Condition: Good. A+ Customer service! Satisfaction Guaranteed! Book is in Used-Good condition. Pages and cover are clean and intact. Used items may not include supplementary materials such as CDs or access codes. May show signs of minor shelf wear and contain limited notes and highlighting. Seller Inventory # 0805782664-2-4