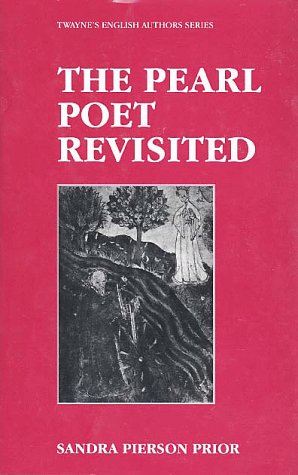 Devoted to critical interpretation and discussion of an author's work, each study takes account of major literary trends and important scholarly contributions and provides new critical insights with an original point of view. An Authors Series volume addresses readers ranging from advanced high school students to university professors. The book suggests to the informed reader new ways of considering a writer's work.

-- A critical, interpretive study and explication of the author's works

-- A brief biography of the author

-- An accessible chronology outlining the life, the work, and relevant historical context

-- Aids for further study: complete notes and references, a selected annotated bibliography and an index

-- A readable style presented in a manageable length

We know of the Pearl poet only from the four extraordinary poems composed sometime during the late fourteenth century and preserved in a small handwritten manuscript held in the British Library. Sandra Pierson Prior here presents a thorough introduction to these four treasures: Pearl, a dream poem mourning the death of a young maiden; Cleanness and Patience, retellings of biblical narratives stressing their respective virtues; and the famous Sir Gawain and the Green Knight, a brilliantly conceived Arthurian romance. Prior launches her close readings of each of the poems with background on the Pearl poet's Ricardian milieu where, with Chaucer, Langland, and Gower, he brought Middle English poetry to full flower. Considering the cultural, literary, and linguistic contexts of poetry in Ricardian England, Prior illuminates how the Pearl poet joined his contemporaries in exploiting a newly emerging English literature and language while drawing on older Anglo-Saxon, Celtic, and continental traditions. Exploring the poems, Prior shows us that they are filled with Biblical and religious learning, and that while their dialect indicates a certain distance from cosmopolitan culture, they are tightly crafted and highly literary, commanding careful attention from the aristocratic courtly audiences they addressed as well as from today's readers. Prior brings all the Pearl poet's achievements clearly into view: his use of the alliterative verse, his creation of syllabic verse and complex rhyme schemes virtually unmatched by his peers, and his mastery of visual description. The Pearl poet is also markedly "modern" in his combination of literate learning and accessibility, as Prior reveals in herexplications of Sir Gawain and the Green Knight, a romance that blends courtly features with popular ones, and of Patience and Cleanness, with their vernacular versions of biblical scholarship. To further acquaint contemporary readers with the poet's complex craft, Prior also offers an invaluable introduction to significant aspects of Middle English literature, and throughout her study quotes the Pearl poet both in the original and in her own translations.

Sandra Pierson Prior is with the Department of English and Comparative Literature at Columbia University, where she directs the composition program and teaches medieval literature.