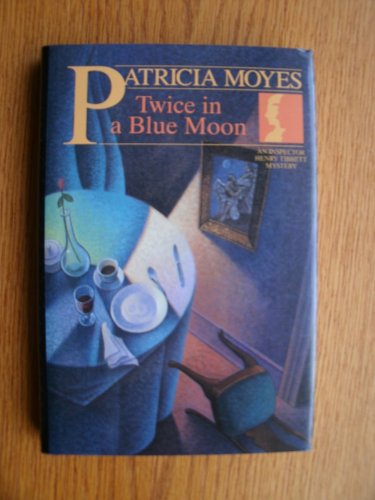 When Susan Gardiner unexpectedly inherits an old country inn not far from London, she also inherits a long-lost distant cousin. A few years her senior and infinitely attractive, Cousin James is also very attentive. It isn't long before romance blooms.
Youth and beauty, romance and country inns: a frothy mix if ever there was one - but of course, this is Patricia Moyes and very soon, murder enters the picture. When Susan, who is a skilled restaurateur, reopens the inn as a posh gourmet eatery and, against all odds (and the dire predictions of the locals), makes a go of it, customers flock. Things are looking decidedly upbeat until one of the guests, on sampling the chef's plat du jour, suddenly keels over, the victim of mushroom poisoning.
Enter Chief Inspector Henry Tibbett. And once again we are off on another wonderful - and in this case, wonderfully delicious - Moyes mystery. The nineteenth in a series that has won national acclaim and a large and loyal following, it finds Henry Tibbett in top form. And, in Susan Gardiner, it introduces a narrator as fresh and appealing as the menu she oversees. Long-term fans and new readers alike will not be disappointed: This is Patricia Moyes writing at the very top of her form.