Items related to State and Civil Society: Explorations in Political... 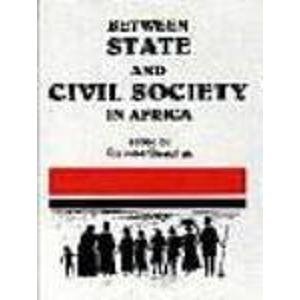 The concept of civil society, expressing what Marx referred to as `the struggles and the aspirations of the age', has become the foundation of the reconstruction of both left-oriented radical political theory and liberal theory. Most of these works see civil society as a residual category composed of everything that is not the state.

Neera Chandhoke argues that this position is flawed and proposes that the state can be understood only by referring to the politics of civil society and vice versa. She states that it is necessary to sift through many historical layers of meaning that inform the concept and unearth the system of meaning which can stimulate the democratic imagination.

`Neera Chandhoke is a member of an unusually gifted cohort of political theorists from New Delhi (the others include Rajeev Bhargava, Gurpreet Mahajan, and Niraja Gopal Jayal) whose writings are not as well known in what we think of as "the West" as they deserve to be. State and Civil Society is a case in point. Now that books with similar titles are burgeoning all around us, it would be a great pity if this one got lost in the flood, for it is an impressive accomplishment, one that cuts through a lot of the conceptual confusion that the broader inundation all too frequently washes up' - Theory and Society

`The core of this book is a straightforward, clearly written and essentially accurate history of the concept of civil society. It is especially good on the "pre-history" of the concept, its emergence in the thinking of the early liberals and political economists such as Locke and Adam Smith' - Political Studies

`With the development of new notions about the relationship between citizens and the state which we have seen embodied in the idea of communitarianism and the stake-holder society, the appearance of [this book] is timely.... A telling point is made about the terror and destructiveness of agressive ideology (the very opposite of the civil society that the author proposes), and about the passivity of the state before such a whirlwind. Here theauthor is inspirational in her calm lucidity' - Diplomat

Neera Chandhoke held a professorship in the Department of Political Science, University of Delhi. She has been a visiting fellow at the Centre for the Study of Law and Governance, Jawaharlal Nehru University, New Delhi, India; Justitia Amplificata, Goethe University, Frankfurt, Germany; Centre for Ethics and Global Politics, Luiss University, Rome, Italy; and Centre for Civil Society, London School of Economics and Political Science, London, United Kingdom. She was awarded the Gaetano Mosca Fellowship at the University of Turin, Torino, Italy. She has been a Jawaharlal Nehru National Fellow, and a fellow at the Centre for Contemporary Studies, Nehru Memorial Museum and Library, Teen Murti Bhawan, New Delhi. She has published on civil society―Democracy and Revolutionary Politics; Contested Secessions: Self-Determination, Democracy and Kashmir; Beyond Secularism: The Rights of Religious Minorities and State and Civil Society: Explorations in Political Theory―and is a regular contributor to academic journals and newspapers. Her interests include reading particularly detective novels, listening to music and watching films.