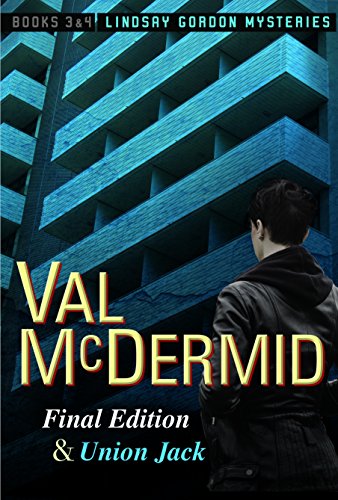 Book Description Black Cat, United States, 2018. Paperback. Condition: New. Language: English. Brand new Book. Final Edition Lindsay Gordon finds herself dragged into a sordid world of blackmail, prostitution, lies and murder when she investigates the case of a former colleague jailed for killing a notorious Glaswegian journalist. When Alison Maxwell, a well-known Glaswegian journalist with an irresistible sexual attraction to both sexes, is found murdered the police look no further than the owner of the scarf used to strangle her. Lindsay Gordon, however, has other ideas. Maxwell was a serial seductress who kept a secret record of her encounters including one with Lindsay herself. Recalling the threats that followed the end of the relationship, Lindsay knows all too well the feelings of rage, fear and passion that Alison Maxwell could invoke. Soon Lindsay is embroiled in an investigation involving blackmail, stolen government documents and the vested interests of a group of people determined to keep her from finding the truth. Union Jack When union leader Tom Jack falls to his death from her bedroom window after a spectacularly public row with Lindsay, it seems the only way to prove her innocence is to find the real culprit. Leaving her new home in California for a trade union conference in Sheffield, Lindsay Gordon finds herself in the company of old friends and enemies, including Tom Jack. When this unethical union leader is found dead, having catapulted out of Lindsay's tenth-floor hotel room, she is taken in for questioning by the police. Hoping to clear her name by finding the real killer, Lindsay searches among hundreds of unruly union delegates for a murderer who may have struck once before. Along the way she uncovers a seething cauldron of blackmail, corruption and abuse of power, all brought to the boil by her investigation. Seller Inventory # AAC9780802127778

Book Description Paperback. Condition: New. Paperback. The third and fourth novels in the Lindsay Gordon series -gripping and thrilling page-turners, starring a self-proclaimed 'cynical socialist lesbian feminist journalist'--from the number o.Shipping may be from multiple locations in the US or from the UK, depending on stock availability. 512 pages. 0.454. Seller Inventory # 9780802127778