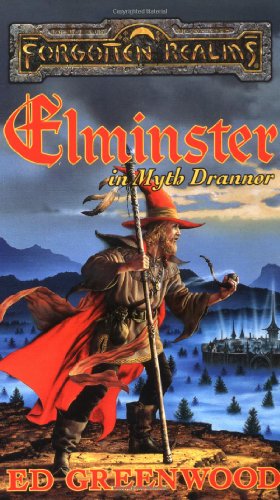 It is the time of the great elven city of Cormanthor, when the Heartlands are home to barbarians, wicked dragons rule the skies, and the elven people trust no one. Wizards and warriors alike threaten their civilization in vain, arrogant, and ignorant quests for glory.

Thus it was that Elminster was guided to Cormanthor, the Towers of Song, where Eltargrim was Coronal. There he dwelt for twelve summers and more, studying with many mighty mages, learning to feel magic and know how it could be bent and directed to his will . . . . It is recorded that when the Mythal was laid, and Cormanthor became Myth Drannor, Elminster was among those who devised and spun that mighty magic.

Millions know him as Elminster the Old Mage, Mystra''s chosen - a cantankerous, ages-old wizard with the power to destroy worlds and delight children with magic. Here, we journey with him as a young man as he continues his quest to do Mystra''s bidding.'