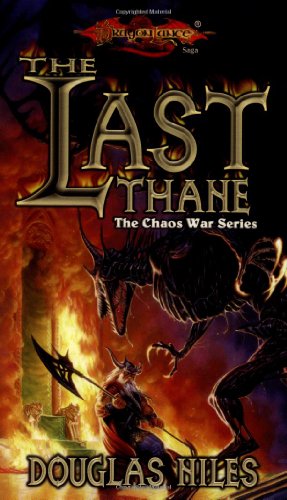 For generations the baser clans of Thorbardin have raged against Hylar, ancestral rulers of the vast underground realm. Now, the finest Hylar army has marched away to face the Knights of Takhisis -- and the dark dwarves see their opportunity.

Besieged in the Life Tree that is their fortress city, the Hylar struggle to survive. Magic and madness threaten from all sides as Theiwar, Daergar, and Klar press the onslaught with bloodthirsty frenzy.

The forces of Chaos join the battle against all dwarvenkind. And hopes grow dim as the Hylar face ultimate betrayal and confront the specter of Torbardin's ultimate doom.

This exciting new novel by popular Dragonlance author Douglas Niles tells the tale of the legendary dwarven kingdom during the Chaos War, the backdrop for The New York Times best-selling novel, Dragons of Summer Flame.

As the Chaos War rages across the surface of Ansalan, the Hylar have grown complacent in their leadershi p of the thanes of Thorbardin. Now the lowly clans, aided by demon creatures, are planning insurrection. '