Items related to The Veiled Detective 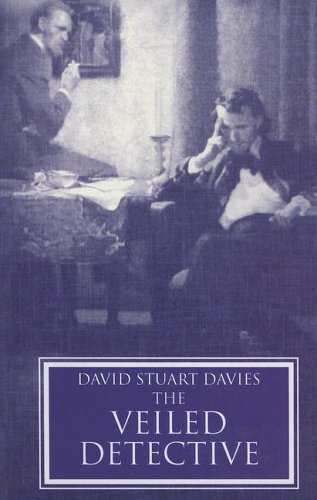 The Veiled Detective takes a fresh, exciting and controversial look at the relationship between the great detective Sherlock Holmes, his friend and chronicler, Doctor John H. Watson and Professor Moriarty. The novel deconstructs the myth of Sherlock Holmes and reveals a fascinating and excitingly dramatic alternative view of the man.

David Stuart Davies is a writer, playwright and editor. He is the editor of Sherlock magazine and the author of several books on Sherlock Holmes including four novels and Bending the Willow: Jeremy Brett as Sherlock Holmes and Starring Sherlock Holmes dealing with the media career of the Great Detective. David's award winning play, Sherlock Holmes - The Last Act is still touring and this year has visited places as diverse as Buffalo, Verona and Antibes. David is a member of the national committee of the Crime Writer's Association and edits their monthly magazine, Red Herrings. He is married to Kathryn and lives happily with her in Yorkshire in a house which has many bookcases and a large wine rack.