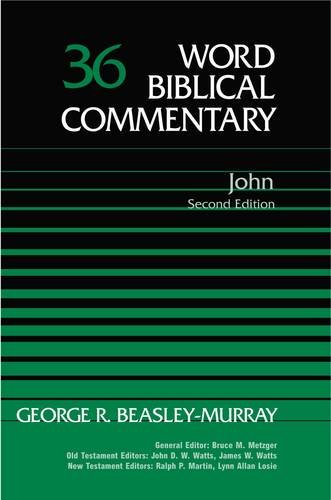 The Word Biblical Commentary delivers the best in biblical scholarship, from the leading scholars of our day who share a commitment to Scripture as divine revelation. This series emphasizes a thorough analysis of textual, linguistic, structural, and theological evidence. The result is judicious and balanced insight into the meanings of the text in the framework of biblical theology. These widely acclaimed commentaries serve as exceptional resources for the professional theologian and instructor, the seminary or university student, the working minister, and everyone concerned with building theological understanding from a solid base of biblical scholarship.

Ralph P. Martin (1925-2013) was Distinguished Scholar in Residence at Fuller Theological Seminary and a New Testament Editor for the Word Biblical Commentary series. He earned the BA and MA from the University of Manchester, England, and the PhD from King's College, University of London. He was the author of numerous studies and commentaries on the New Testament, including Worship in the Early Church, the volume on Philippians in The Tyndale New Testament Commentary series. He also wrote 2 Corinthians and James in the WBC series. Dr. George R. Beasley-Murray is former Principal of Spurgeon's College, London, and has served as James Buchanan Harrison Professor of New Testament Interpretation at Southern Baptist Theological Seminary in Louisville, Kentucky. He holds the M.A. from Cambridge University and the B.D., M.Th., Ph.D., and D.D. from the University of London. Among Dr. Beasley-Murray's many important publications are Revelation in the New Century Bible Commentary, Baptism in the New Testament, Jesus and the Kingdom of God, Jesus and the Last Days, and Gospel of Life: Theology in the Fourth Gospel. Lynn Allan Losie is Associate Professor of New Testament at Azusa Pacific University. A generalist in New Testament studies, Dr. Losie teaches courses in the Gospels, the Acts of the Apostles, and the Pauline Epistles, as well as in the background areas of Greek, early Judaism, and the greater Hellenistic World. He has published articles on the New Testament and had served as the associate New Testament editor of the Word Biblical Commentary (1997 - 2013). Ordained as a Baptist minister, he has also served in pastoral ministry in Southern California and Oregon.