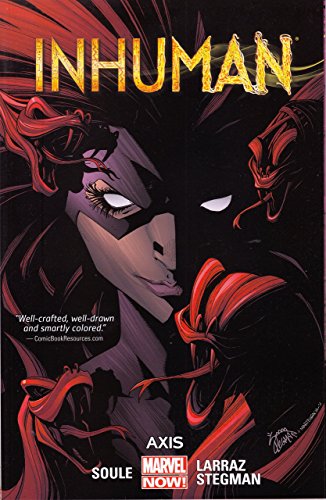 Thought dead by most of the world since INFINITY, Inhuman king Black Bolt steps back into the spotlight! Black Bolt and Maximus have been secretly involved with the New Avengers' activities for months now, but that's not even close to the whole story of their absence. The Boltagon brothers are in trouble - and it's going to end very badly for one of them! Meanwhile, Medusa's inversion thanks to the events of AXIS is making her a very different ruler of Attilan! What is the Ennilux Corporation, and how does it factor into the Inhumans' future? Reader and Iso make their return, but they're in horrible danger! Who will rise to fill the throne of Attilan?

Charles Soule is a Brooklyn, New York-based comic book author, musician, and attorney, known for his work on books such as 27 published by Image Comics, Letter 44 from Oni Press, Death of Wolverine, and Superman/Wonder Woman.