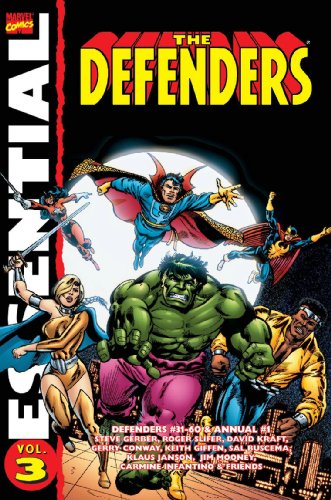 The Day of the Defenders first gathered Doctor Strange, the Hulk and the rest of Marvel's legion of loners - but can they survive "Defenders for a Day?" If the second team calling themselves Defenders doesn't finish them off, the third one just might! Plus: more non-stop action when the non-team faces team after team - including the Emissaries of Evil, Zodiac and the Headmen! Demons and gods alike threaten humanity, leaving its outcasts to defend it! Guest-starring Iron Fist, Ms. Marvel, Havok and Polaris, the Son of Satan, Hercules and more! Collects Defenders #40-69 and Annual #1