Items related to Chess For Dummies 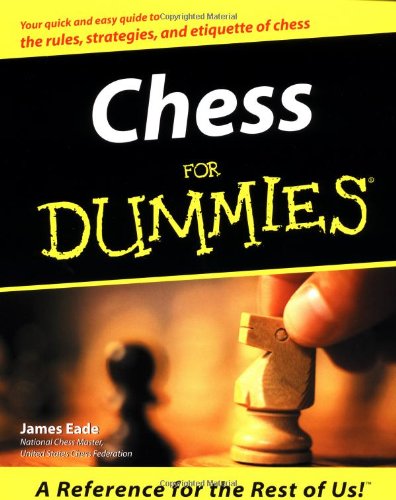 Many consider chess to be the best game ever invented. Chess imposes a set of rules and has finite limits, but just as you start to think you’re finally solving its mysteries, chess thwarts you. Sometimes, therefore, the game is frustrating, but far more often, chess proves both surprising and delightful. The deeper you get into chess, the more of its secrets you unearth — but the game has never been tapped out. Even today’s monster computers are far from playing the theorized “perfect” chess game.

Chess For Dummies is for anyone who wants to become a better chess player. Whether you’ve been playing chess for years or never played at all, this clearly written and easy–to–understand guide will help you to

Explore move–by–move what it takes for you to be the one proudly saying, “Checkmate” at the end of your chess game. Chess For Dummies also covers the following topics and more:

Ever since chess originated in the 17th century in ancient India, it has grown to become recognized as the most ancient, intellectual, and cultural game of its time. Its combination of sport, scientific thinking, and the elements of art make it one of the most played games in the world. This book shows you everything you need to know in order to unearth the secrets and philosophies of chess.

Comments and suggestions are welcome.
I want Chess for Dummies to be the most complete and accurate chess reference work that it possibly can be. Please feel free to make suggestions for improvements, corrections or send comments of any kind to:jimeade@aol.com

Your quick and easy guide to the rules, strategies, and etiquette of chess

Tried and true tips for avoiding chess tricks and traps
Kings, queens, knights — you may think chess would be a royal pain to grasp, but this friendly guide will help you learn your way around the board with ease. Step–by–step explanations, from using the right terminology to the art of attack, help demystify the game — proving you don′t have to be a genius to play!

THE DUMMIES WAY Get Smart! www.dummies.com