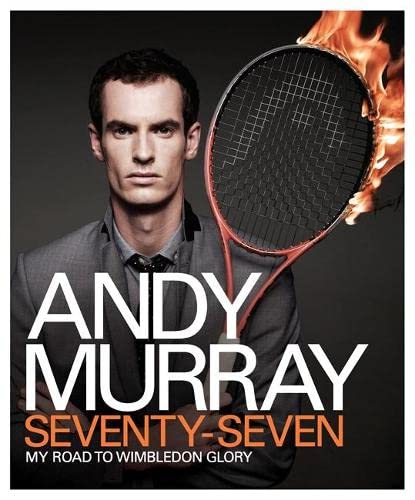 Andy Murray is one of Britain's best loved athletes. On the 7th July 2013 he became the first British man to lift the Wimbledon trophy for 77 years. His new book, Andy Murray: Seventy-Seven, will take us on a personal journey through his career. Focusing on the last two dramatic years, he will share with us his thoughts on the pivotal moments of his playing career and allow us a glimpse into his world - his intense training regime, his close-knit team and his mental and physical battle to get to the very top. This beautiful and very personal book will be a stunning celebration of Andy's career so far.

From the winner of the 2013 BBC Sports Personality of the Year award, this is Andy Murray's Sunday Times bestselling account of his road to Wimbledon glory.

Andy Murray, currently ranked number 3 in the world, is the British No.1 and reigning Wimbledon, US Open and Olympic Singles Champion.
From winning his first tournament as an under-10 junior at the Dunblane Sports Club, to his first junior major at the US Open, it became apparent very early that Andy was destined for the top.
After turning pro in 2005, Andy won his first ATP title, the SAP open in San Jose, a year later. Fast forward two years and seven more tour titles, he reached his first grand slam final, the 2008 US Open.
In 2012, having lost in three subsequent grand slam final appearances, Andy became the US Open Champion. This was hot on the heels of an illustrious Gold Medal victory at Wimbledon during the London 2012 Olympics.
Andy then ended years of heartbreak on the same turf just a year later by becoming the first Brit in 77 years to win the highly coveted Mens Singles title at the Wimbledon Championships.