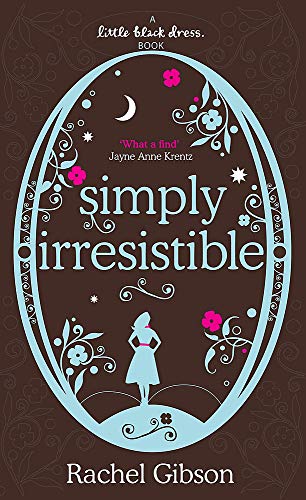 Georganne Howard knows she's irresistible to anyone...and everyone. But when she runs away from her rich, elderly fiancé, she chooses as her rescuer the one man who's impervious to her charms . John Kowalsky may find Georganne attractive, but a ditzy charm-school graduate isn't what he needs. After one night, John packs her off with a one-way ticket out of town, never expecting to see her again.

Until, that is, she reappears ten years later. But this time Georganne seems to be playing hard to get. Maybe that's because of the secret she's trying to keep, one that stems straight from that fateful night...

A gorgeous, sexy romantic read about temptation and heartbreak from one of LBD's favourite authors

Rachel Gibson's storytelling career began at the age of sixteen when she ran her Chevy Vega into the side of a hill, and told her parents she'd been the victim of a hit and run. They believed her, and she's been telling stories ever since. Rachel has three children and still lives in her native Boise, Idaho. When not writing, she can be found boating on Payette Lake with Mr. Gibson, shopping for shoes, or forcing her love on an ungrateful cat. Visit her at www.rachelgibson.com.