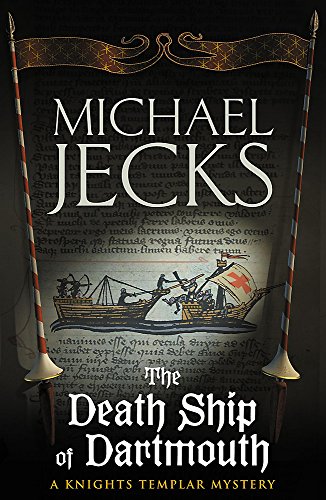 When a body is found lying in the middle of the road, many in the little haven of Dartmouth assume that a drunk had fallen and killed himself. At the same time, the town is on alert because a ship, the St. John, has been found ravaged by pirates out at sea, the crew killed or captured. Is this the beginning of a new onslaught by pirates, or is something more sinister happening? Sir Baldwin de Furnshill has been told by Bishop Stapledon of spies and messengers being sent to the great traitor Roger Mortimer in France. If the messengers reach Mortimer, civil war in England will soon break out. Bailiff Simon Puttock and Baldwin must uncover the truth about the deaths and they must be quick. Powerful and ruthless men in the kingdom will not tolerate their failure. This is the most important investigation of their lives: it could result in their own execution if they fail to learn the facts. But if they succeed, other men will want them silenced forever.

In this richly atmospheric series of medieval murder mysteries, Michael Jecks gives us tales steeped in intrigue and historical detail. Skillfully evoking the colorful, but often brutal tableaux of the Middle Ages, Jecks has drawn comparison with Ellis Peters. Now former Knight Templar Sir Baldwin Furnshill and Bailiff Simon Puttock, his savvy sleuths, are on the case again in another compelling, well-crafted tale.

1. Death Ship of Dartmouth, The