Items related to My England Years: The Autobiography

My England Years: The Autobiography 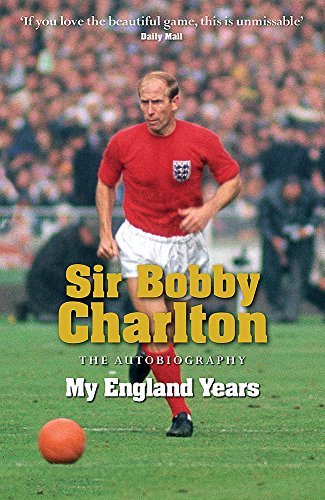 Sir Bobby Charlton is widely acknowledged as the greatest player ever to wear an England shirt. He won a record number of caps and scored a record number of goals. Here, in the second volume of his bestselling autobiography, Sir Bobby talks in detail about his phenomenal career with England. During the 12 years he played for his country, he was involved in some of the greatest England games of all time: the 9-3 thrashing of Scotland, the 1962 and 1970 World Cup games against the Brazilians, the classic 1970 World Cup quarter-final against West Germany and, of course, the triumph of the 1966 World Cup. His story encompasses drama, passion, goals, controversies, classic matches, world-class players, and moments of footballing genius. A truly inspirational story from a true football legend.

'Hailed as one of the best football autobiographies ever... If you love the beautiful game, this is unmissable' (Daily Mail)

'As in volume one, the combination of Charlton's story and the work of James Lawton is unstoppable' (Sunday Times)