Items related to The Sea Hawk 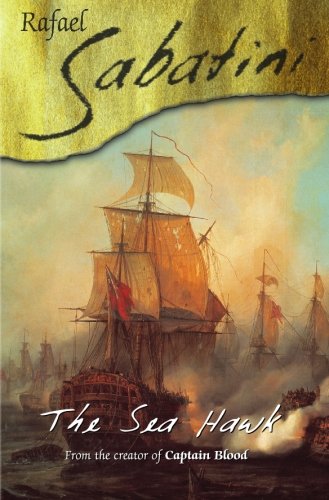 Sir Oliver, a typical English gentleman, is accused of murder, kidnapped off the Cornish coast, and dragged into life as a Barbary corsair. However Sir Oliver rises to the challenge and proves a worthy hero for this much-admired novel. Religious conflict, melodrama, romance and intrigue combine to create a masterly and highly successful story, perhaps best known for its many film adaptations. Please Note: Currently, the House of Stratus edition is only available in the USA.

Rafael Sabatini was born to an English mother and Italian father, both well-known opera singers. At seventeen Sabatini moved to England, where, after a brief stint in the business world, he started to write. His major breakthrough came with Scaramouche, which became an international bestseller and was followed by the equally successful Captain Blood. All his earlier books were then rushed into reprint. Many of his novels were subsequently adapted into classic films which appealed to both a male and female market with their drama, romance and action, set against a variety of historical settings. 'One wonders if there is another storyteller so adroit at filling his pages with intrigue and counter-intrigue, with danger threaded with romance, with a background of lavish colour, of silks and velvets, of swords and jewels' - Daily Telegraph