Items related to A State Of Mind

Lane, Jane A State Of Mind

A State Of Mind 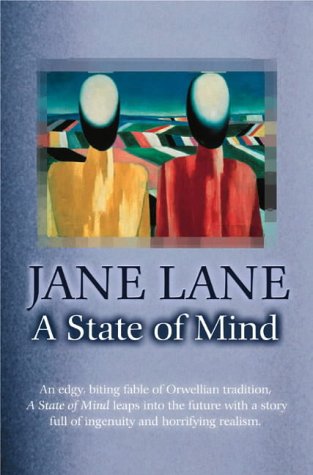 An edgy, biting fable of Orwellian tradition, A State of Mind leaps into the future with a story full of ingenuity and horrifying realism. Clare Bentley lives in a world where order and the cult of the efficient have reached a terrifying extreme, where criminals are eliminated, euthanasia is law and suicide is regulated by an outrageous regime. The Brotherhood rules with the brute force of an iron fist; life is State-controlled. But Clare Bentley is surprisingly successful – she enjoys fortune as a prosperous woman with a lover and a future. Until, that is, tragedy strikes and her dreams turn to nightmares. Choosing to opt out of life, she fills in the necessary forms for suicide and is sent to a Home of Rest, but there she meets Peter, a renegade Catholic Priest who defies the age he lives in. Peter seems to defy death too. And what’s more, he’s determined to reshape her life and perhaps the Brotherhood with it.

Jane Lane was born Elaine K Dakers and her first novel was published when she was just seventeen. She adopted the pen-name of Jane Lane to reflect the historical nature of her books, Lane being the maiden name of her grandmother, a descendant of the Herefordshire branch of Lanes who sheltered King Charles II after his defeat at Worcester. A versatile and dynamic author, Jane Lane has written over forty works of fiction, biography, history and children's books.

A State of Mind