Items related to The Movies: A Complete Guide to the Stars, Directors,...

Shiach, Don The Movies: A Complete Guide to the Stars, Directors, Studios and Movie Genres

The Movies: A Complete Guide to the Stars, Directors, Studios and Movie Genres 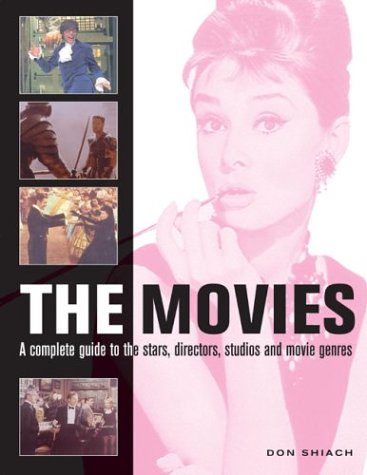 The cinema has entranced many of us with its magic. It has taken us into space and back, to times gone by, shown us how love blooms and introduced us to other life forms, all in the space of a couple of hours. This volume is the story of the movies, told through the people who star in them and those who work behind the scenes. All the great stars are here - the Garbos, Brandos, Deans and Monroes - each individually described, with pictures of them in their greatest roles. Also included are individual accounts of the great directors including Sam Mendes, Francis Coppola and Oliver Stone. No movie book would be complete without a look at movie genres, from the early silent movies through the musicals, westerns and thrillers of more recent times. The highs of Hollywood Oscars to the lows of Hollywood scandals and tragedies are also covered. Information on computer generated imagery, digital animation and special effects allows you a closer look at the silver screen

Don Shiach has a lifelong interest in the cinema which resulted in his teaching film appreciation at school and university levels. He was awarded a D.Phil from Sussex University, England, for his study of authorship in the American cinema.