Items related to Modernist Short Fiction by Women: The Liminal in Katherine... 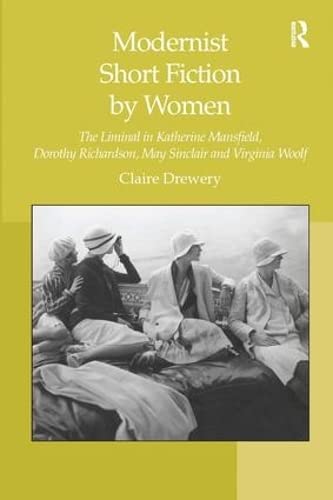 Taking on the neglected issue of the short story's relationship to literary Modernism, Claire Drewery examines works by Katherine Mansfield, Dorothy Richardson, May Sinclair, and Virginia Woolf. Drewery argues that the short story as a genre is preoccupied with transgressing boundaries, and thus offers an ideal platform from which to examine the Modernist fascination with the liminal. Embodying both liberation and restriction, liminal spaces on the one hand enable challenges to traditional cultural and personal identities, while on the other hand they entail the inevitable negative consequences of occupying the position of the outsider: marginality, psychosis, and death. Mansfield, Richardson, Sinclair, and Woolf all exploit this paradox in their short fiction, which typically explores literal and psychological borderline states that are resistant to rational analysis. Thus, their short stories offered these authors an opportunity to represent the borders of unconsciousness and to articulate meaning while also conveying a sense of that which is unsayable. Through their concern with liminality, Drewery shows, these writers contribute significantly to the Modernist aesthetic that interrogates identity, the construction of the self, and the relationship between the individual and society.

'Drewery's thesis is an intriguing one, and the critical and creative dialogue she engenders between these four women modernists a distinctly original and welcome contribution that lays the groundwork for further studies of women modernists and the short story.' Woolf Studies Annual 'Claire Drewery's Modernist Short Fiction by Women makes a number of very valuable critical moves, all of which allow for the opportunity to pay attention to aspects of modernist literature that often go overlooked... It is a testament to Drewery's project that one leaves it hoping for further critical work on the writers to whom she has paid such fine attention.' English Literature in Transition '... Modernist Short Fiction by Women introduces unfamiliar texts and revisits familiar ones with a keen attention to telling details, both thematic and stylistic, and makes a compelling case for the usefulness of reading modernist authors through an anthropological lens. Drewery clearly values and champions the stories and authors included here, and scholars and students of Mansfield, Richardson, Sinclair, and Woolf will find much to confirm or extend their appreciation and knowledge of their works in this study.' Tulsa Studies in Women's Literature '... Drewery's study is an important contribution to modernist scholarship and to our understanding of these writers, in particular Richardson and Sinclair whose short fiction deserves greater critical attention.' Notes and Queries 'Like the stories that are her subject, Drewery's compact and complex study articulates meaning while also conveying a sense of that which is unsayable. As it does so, it points to new possibilities in exploring literal and psychological borderline states that are resistant to rational analysis but an essential feature of Modernist women writers' stories.' English Studies

Claire Drewery is a Lecturer in English at Sheffield Hallam University, UK.