Items related to The Last Office: 1539 and the Dissolution of a Monastery

Moorhouse, Geoffrey The Last Office: 1539 and the Dissolution of a Monastery

The Last Office: 1539 and the Dissolution of a Monastery 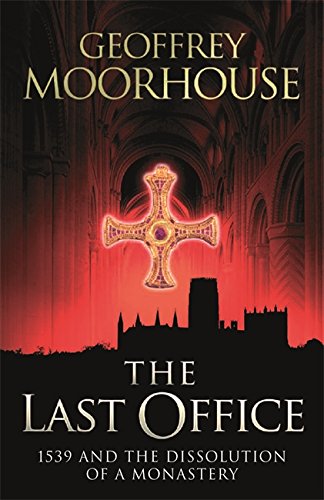 What happened to the monks, their orders and the communities they served after Henry VIII's break with Rome in 1536? In THE LAST OFFICE Geoffrey Moorhouse reveals how the Dissolution of the Monasteries affected the great Benedictine priory at Durham, drawing for his sources on material that has lain forgotten in the recesses of one of our great cathedrals.

The quarrel between Henry VIII and the papacy not only gave birth to the Church of England but heralded the destruction of the 650 or so religious houses that played a central role in the spiritual and economic life of the nation. Durham proved to be the exception. On New Year's Eve 1539, the monks sang the last compline. Next morning the priory and its community were surrendered into the hands of the King's commissioners. But then nothing happened. An interregnum lasted 16 months before the priory was reborn as the new cathedral church of Christ and the Blessed Virgin, part of the new Church of England. The Prior became the Dean and 12 monks were retained as prebendaries.

In Geofrey Moorhouse's original and absorbing study, one of the great catalytic events of our past comes alive through the personalities and events at one key monastery.

Geoffrey Moorhouse is always a delight to read (INDEPENDENT)

His [Moorhouse's] orginal and absorbing study of this period of transition for Durham is a tour de force. (GOOD BOOK GUIDE)

Henry VIII's dissolution of the monasteries, through the never-before-told story of how one priory was saved and become Durham's mighty cathedral