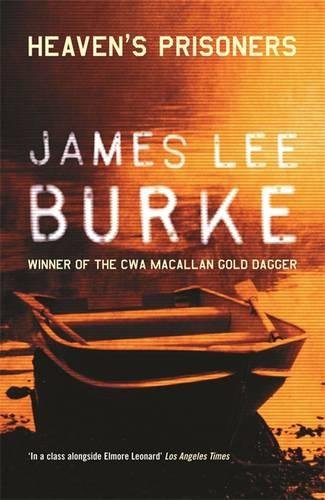 Dave Robicheaux is trying to put a life of violence and crime behind him, leaving homicide to run a boat-rental business in Louisiana's bayou country. But one day while fishing in the Gulf with his wife Annie, he witnesses an event that will change his life forever.

A small two-engine plane suddenly crashes into the sea and Robicheaux dives down to the wreckage to find four bodies and one survivor; a little girl miraculously trapped in a pocket of air. When the authorities insist only three bodies were recovered from the plane, Robicheaux decides to investigate the mystery of the missing man.

James Lee Burke is the heavyweight champ, a great American novelist whose work, taken individually or as a whole, is unsurpassed. (Michael Connelly)

The gentle giant of US crime writers, Burke always ensures that his Louisiana detective Dave Robicheaux grapples with hot topics as much as with his own inner demons. (i newspaper)

Richly deserves to be described now as one of the finest crime writers America has ever produced. (Daily Mail)

There are not many crime writers about whom one might invoke the name of Zola for comparison, but Burke is very much in that territory. His stamping ground is the Gulf coast, and one of the great strengths of his work has always been the atmospheric background of New Orleans and the bayous. His big, baggy novels are always about much more than the mechanics of the detective plot; his real subject, like the French master, is the human condition, seen in every situation of society. (Independent)

His lyrical prose, his deep understanding of what makes people behave as they do, and his control of plot and pace are masterly. (Sunday Telegraph)

One of the finest American writers. (Guardian)

Book Description Paperback. Condition: Used; Very Good. Dispatched, from the UK, within 48 hours of ordering. Though second-hand, the book is still in very good shape. Minimal signs of usage may include very minor creasing on the cover or on the spine. Damaged cover. The cover of is slightly damaged for instance a torn or bent corner. Seller Inventory # CHL7017993

Book Description Paperback. Condition: Very Good. The book has been read, but is in excellent condition. Pages are intact and not marred by notes or highlighting. The spine remains undamaged. Seller Inventory # GOR001283362

Book Description Paperback. Condition: Good. The book has been read but remains in clean condition. All pages are intact and the cover is intact. Some minor wear to the spine. Seller Inventory # GOR001624834

Book Description Paperback. Condition: Good. A tan to the page edges/pages Good condition is defined as: a copy that has been read but remains in clean condition. All of the pages are intact and the cover is intact and the spine may show signs of wear. The book may have minor markings which are not specifically mentioned. Most items will be dispatched the same or the next working day. Seller Inventory # wbb0018521647

Book Description Paperback. Condition: Good. All orders are dispatched the following working day from our UK warehouse. Established in 2004, we have over 500,000 books in stock. No quibble refund if not completely satisfied. Seller Inventory # mon0003742292

Book Description Condition: Very Good. This book is in very good condition and will be shipped within 24 hours of ordering. The cover may have some limited signs of wear but the pages are clean, intact and the spine remains undamaged. This book has clearly been well maintained and looked after thus far. Money back guarantee if you are not satisfied. See all our books here, order more than 1 book and get discounted shipping. . Seller Inventory # 7719-9780753820322

Book Description Condition: Very Good. Shipped within 24 hours from our UK warehouse. Clean, undamaged book with no damage to pages and minimal wear to the cover. Spine still tight, in very good condition. Remember if you are not happy, you are covered by our 100% money back guarantee. Seller Inventory # 6545-9780753820322

Book Description Paperback. Condition: Used; Good. **Simply Brit** Shipped with Premium postal service within 24 hours from the UK with impressive delivery time. We have dispatched from our book depository; items of good condition to over ten million satisfied customers worldwide. We are committed to providing you with reliable and efficient service at all times. Seller Inventory # mon0001577288