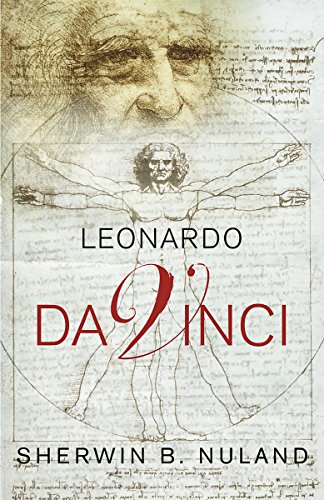 Leonardo da Vinci (1452-1519) is the Italian painter, draftsman, sculptor, architect, and engineer whose genius, perhaps more than that of any figure, epitomized the Renaissance humanist ideal. His Last Supper (1495-97) and Mona Lisa (1503-06) are among the most widely popular and influential paintings of the Renaissance, while his notebooks reveal a spirit of scientific inquiry and a mechanical inventiveness that were centuries ahead of their time. What was it that propelled Leonardo's insatiable curiosity? How could the same person, in the same moment, appear to be as naive as a child yet as profound as a sage? What was it that was truly 'modern' about this mind and work? Nuland finds clues in Leonardo's art, his scientific research, his famous notebooks and in his relationships with his family, patrons and lovers.

"[Nuland's] own professional expertise enables him to write with particular insight and authority." --The New York Review of Books

"Nuland's enthusiasm and knowledge make his story interesting and easy to read." --The Seattle Times

Sherwin Nuland is Clinical Professor of Surgery and the History of Medicine at Yale University and is one of America's best known and most distinguished scientist writers. His book How We Die won the prestigious American National Book Award in 1994 and was a national American bestseller.