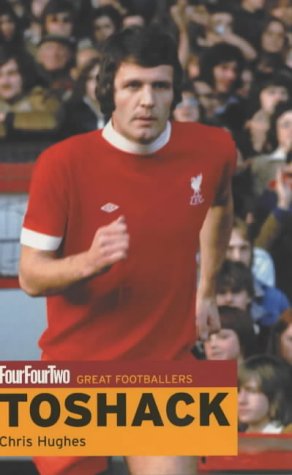 From a Cardiff childhood spent kicking a ball around in the white strip of Real Madrid to the manager's chair at the Bernabeu Stadium itself. John Toshack has enjoyed one of the most remarkable careers in British football. Powerful and indomitable in the air, the majestic striker became an icon at Liverpool forming an almost telepathic relationship with Kevin Keegan and scoring close to a century of goals as the mighty Reds of Shankly and Paisley conquered Britain and Europe. Toshack's managerial debut was just as sensational, blazing a trail through all four divisions as he masterminded Swansea City's elevation from football's basement to the pinnacle of the game. In the two decades since, he has managed some of Europe's greatest names in Portugal, Turkey, France and Spain, including two often turbulent spells at the helm of arguably the planet's biggest club. But despite an illustrious career in the red shirt of Wales, Toshack's brief spell in charge of the national team proved disastrous. This fascinating biography traces the story of John Toshack from Ninian Park idol and bard of Anfield to San Sebastian folk hero, as team-mates and rivals assess his talents in the six-yard box and in the dugout. The Great Footballers series is a wonderful celebration of the world's finest players as chosen by FourFourTwo - the definitive magazine for passionate, discerning football fans.

John Toshack led the Liverpool line during that club's glory days of the mid 1970s. And as a manager, he's had more clubs than you or I have had hot dinners! (He's just parted company with Real Sociedad.) Chris Hughes has written a very readable and entertaining biography of a football legend.