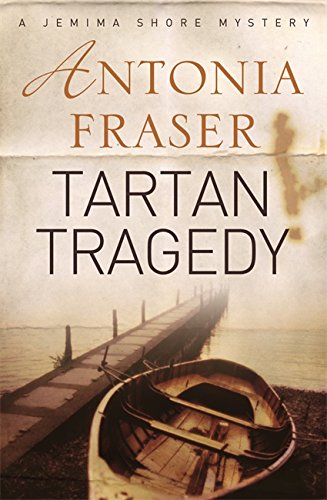 An atmospheric mystery set in the beautiful Highlands of Scotland

I warned you, Jemima Shore, things up here are seldom all they seem ...The body of a young man has been found floating in a pool on a remote island in the Scottish Highlands. It just happens to be the island that TV reporter Jemima Shore has rented for a holiday ...a holiday that is rapidly falling apart. Confronted with a foreboding stone house, a bitter family feud and cryptic warnings from locals Jemima begins to regret her choice. It is only when another body is found tangled in weeds in the river she begins to realize she has become caught up in something very dark indeed. As she tries to fight her attraction to a suspect, Jemima struggles to work out just who she can trust. In this lonely spot it seems that nobody is quite as they first appear ...

Antonia Fraser is the author of many widely acclaimed historical works which have been international bestsellers. She was awarded the NORTON MEDLICOTT MEDAL by the Historical Association in 2000 and was made DBE in 2011 for her services to literature.