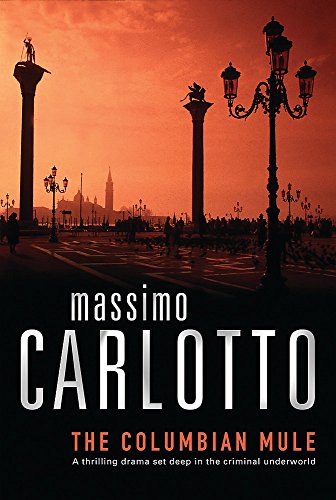 A thrilling crime novel set deep in the criminal underworld - a murky tale of drugs, human trafficking and Mafia families.

When Colombian Arias Cuevas is caught trying to smuggle drugs through Venice airport, his fear isn't fueled by the idea of prison. He's much more frightened of his aunt - it was her coke he took off with. The cops set up a sting to find out who was to be the recipient of the drugs, and art smuggler Nazzareno Corradi falls straight into the trap - but he's been set up. His lawyer hires our hero, the Alligator, and his fixer, Max, to find out what's going on.

Soon we see why Cuevas was so afraid - the aunt, La Tia, has left a bloody trail in her wake, now looking to do some business in Italy, and she's not about to let anybody get in her way.

The case brings the Alligator into contact with a whole host of devious, double-bluffing characters, and pushes him into a position where he may have to cross one moral line too far.

He has been dubbed Italy's greatest crime writer ... Carlotto's books are as interesting as the man himself. His latest story of prostitution, drugs dealers and corruption gives us an indication of why he is so highly regarded. (IRISH EXAMINER)

All in all a jolly romp, expertly translated from the Italian by Christopher Woodall, who manages to preserve the ambiance of seediness that this tale surely possessed in the orginal. (IRISH TIMES)

Book Description Orion, 2003. Hardcover. Condition: New. Signed. First Edition. A hardback First Edition in New unblemished condition, in a similar dustjacket. DOUBLE SIGNED, by the author and translator. Very scarce. This book is in stock now, in our UK premises. Photos of most of our books are available - please ask, as dustjacket and cover illustrations vary, and unless the accompanying image is marked 'Bookseller Image', it is an Abebooks Stock Image, NOT our own. Overseas buyers also note that shipping rates apply to packets of 750g and under, and should the packed weight of an item exceed this we reserve the right to ship via 'Economy', or request extra postage prior to fulfilling the order, or cancel. Seller Inventory # mon0000065743