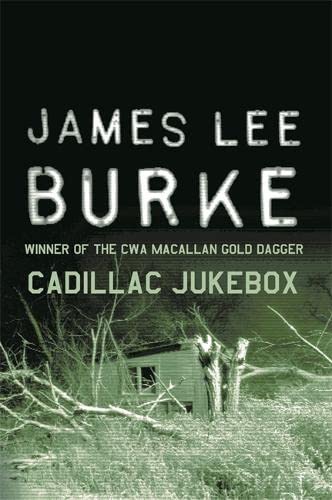 The call from ex-Klansman Aaron Crown couldn't have been more unexpected. Sentenced to forty years for the decades-old shooting of a civil rights activist, Crown should have been out of Iberia Parish, Louisiana, for good.

James Lee Burke is the heavyweight champ, a great American novelist whose work, taken individually or as a whole, is unsurpassed. (Michael Connelly)

Richly deserves to be described now as one of the finest crime writers America has ever produced. (Daily Mail)

The gentle giant of US crime writers, Burke always ensures that his Louisiana detective Dave Robicheaux grapples with hot topics as much as with his own inner demons. (i newspaper)

There are not many crime writers about whom one might invoke the name of Zola for comparison, but Burke is very much in that territory. His stamping ground is the Gulf coast, and one of the great strengths of his work has always been the atmospheric background of New Orleans and the bayous. His big, baggy novels are always about much more than the mechanics of the detective plot; his real subject, like the French master, is the human condition, seen in every situation of society. (Independent)

His lyrical prose, his deep understanding of what makes people behave as they do, and his control of plot and pace are masterly. (Sunday Telegraph)

One of the finest American writers. (Guardian)

Book Description Orion, 1997. Paperback. Condition: New. UNUSED, LIKE NEW, NOT EX-LIBRARY, Different publisher and year of publication than the edition on Amazon, 384 pages. (No one was surprised when Crown was accused of assassinating the most famous black civil rights leader in Louisiana. But it took twenty-eight years for the system to put him in Angola Penitentiary. Now, Crown is proclaiming his innocence - and asking Dave Robicheaux for help. ) 230. book. Seller Inventory # 4718