Items related to Secret Location: Witness To The Birth Of Radar And... 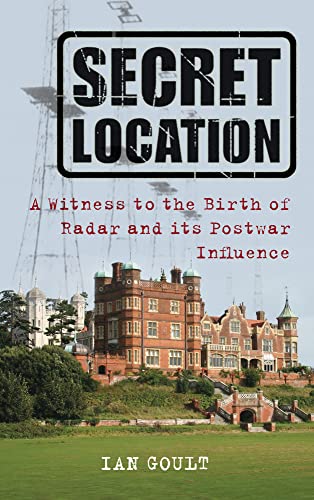 During the 1930s the popular press were carrying stories of a death ray that could disable aircraft, and it became such a popular notion that an investigation was carried out by a government scientist, Robert Watson-Watt. His discovery was that it was not that electro-magnetic waves could interfere with aircraft, but that aircraft could interfere with radio transmissions. The strategic importance of this was appreciated and a secret establishment was set up to develop a means of using radio transmissions to detect the approach of enemy aircraft - the birth or radar. As World War Ii broke out Ian Goult joined this elite group of scientists - aged only sixteen - as a lab assistant, working on Gee, a navigational aid allowing accurate location of targets. Its success allowed Bomber Command to effectively navigate as far as the Ruhr. In Secret Location, Goult describes taking part in work on radar and microwave techniques that gave Britain supremacy in the air, and greatly improved submarine detection during the Battle of the Atlantic, saving thousands of tons of material and many lives. Told in an engaging style, this book offers a unique insight into those men whose achievements during the war have been underappreciated, but whose efforts were a key factor in the Allied victory. Postwar, Ian Goult was closely involved in the development of ground proximity warning systems and the very first Atol.

The Telecommunication Research Establishment (TRE) was responsible for the development of radar that contributed hugely to winning the Battle of the Atlantic, the Battle of Britain - indeed influenced practically every facet of the Allied war effort. This title describes the work done by the boffins at Bawdsey Manor, Swanage and Malvern.

Ian Goult joined TRE when he was sixteen as a lab assistant, later promoted to technical assistant. He saw firsthand the development and utilisation of radar in World War II and is probably one of the last witnesses to those extraordinary days. After the War he had a long career in Radar, military electronic surveillance and civilian avionics. He is the author of Vapour Trails.

1. Secret Location: Witness To The Birth Of Radar And Its Postwar Influence

2. Life at a Secret Location: A Witness to the Birth of Radar and Its Postwar Influence