Items related to Roman Conquest of Scotland: The Battle of Mons Graupius...

Roman Conquest of Scotland: The Battle of Mons Graupius AD 84 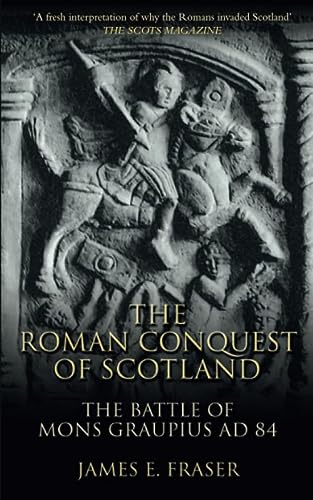 In the summer of 84 AD the Italian gentleman Gnaeus Iulius Agricola, governor of Roman Britain (78-84 AD), led an army of Roman legionary soldiers and barbarian auxiliaries into northern Britain, known as Caledonia to the Romans. At a place called Mount Graupius, Agricola won a decisive victory over a large Caledonian host, and it appeared at the time that, forty-one years on, the Roman military conquest of Britain had finally been completed. Agricola had already begun thinking about a new challenge - the invasion and conquest of Ireland - but was recalled from Britain by the emperor; and it proved to be Rome's failure - or unwillingness - to assume political control over northern Britain in the wake of Agricola's achievement that would become greatly significant in shaping the medieval and post-medieval political and cultural history of Britain and Ireland.