Items related to The Plagues of London

Porter The Plagues of London 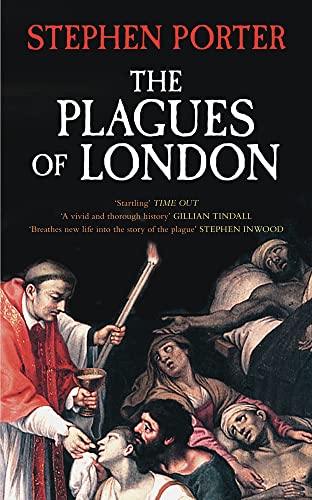 Plague was the most deadly disease across Europe for more than four hundred years after the onset of the Black Death in the 1340s. Because of the number of its victims, the foulness of the disease, the disruption which it caused and the literature which it generated, plague has cast a very long shadow, and its reputation is such that it still makes headlines and has the capacity to frighten us.

As England’s biggest city and an international seaport, London was especially vulnerable and suffered periodic epidemics, some of which killed at least one-fifth of its population and brought normal life to a virtual standstill. Only after the Great Plague of 1665 had claimed more victims than any previous outbreak was the city free from the ravages of the disease. In this absorbing history Stephen Porter uses the voices of stricken Londoners themselves to describe what life was like in the plague-riven capital.

For more than 400 years from the mid-14th century, bubonic plague was Europe's most deadly disease, profoundly affecting people's outlook and behaviour across the continent. As an international seaport, London was especially vulnerable; its last and most serious outbreak in 1665 killed around one fifth of the city's population. Porter's vivid history uses the accounts of Londoners who lived through the plague to describe its effects on their daily life. Slightly off-mint.

The Plagues of London [Paperback] Porter