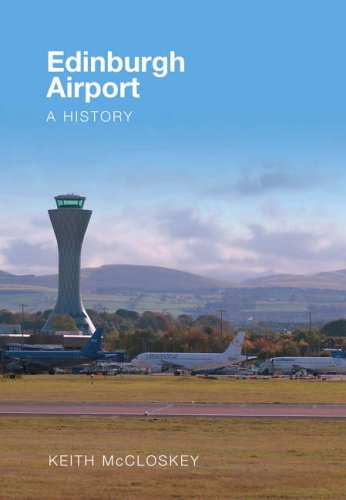 Charting the development of Edinburgh airport, this illustrated record begins with the history of RAF Turnhouse, as the airport used to be an RAF base and became an airport by default after the war. It emphasises the search for a municipal airport in the 1930s and the factions for and against this proposal.

It deals with the Second World War, the development in the '50s and '60s, and the BAA takeover and the new terminal and runway. There are sub sections on the Ferranti Flying Unit and the first crash of a Vickers Vanguard at Heathrow on an Edinburgh flight, and a look into the long battle to allow transatlantic flights from Edinburgh and not just from Prestwick, with a section on the future.

Keith McCloskey is an aviation historian who has always had a fascination with aircraft and with the history of Edinburgh airport. He has followed the fortunes of the airport since 1967.