Items related to An Abundance of Witches: The Great Scottish Witch-hunt

P.G. Maxwell-Stuart An Abundance of Witches: The Great Scottish Witch-hunt

An Abundance of Witches: The Great Scottish Witch-hunt 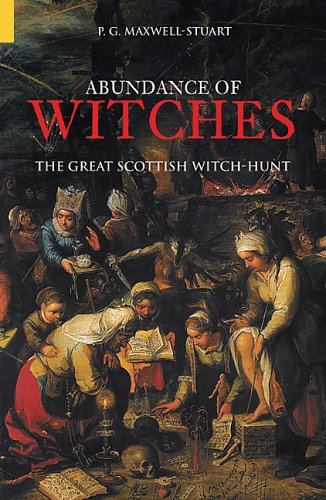 The first history of the most intense period of witch-hunting in Scotland between 1658-62. Scotland, in common with the rest of Europe, was troubled from time to time by outbreaks of witchcraft which the authorities sought to contain and then to suppress, and the outbreak of 1658-1662 is generally agreed to represent the high water mark of Scottish persecution. These were peculiar years for Scotland. For nine years Scotland was effectively an English province with largely English officials in charge. In 1660 this suddenly changed. So the threat to Church and state from a plague of witches was particularly disturbing. The tension between imported official English attitudes to witchcraft and the revived fervour of Calvinist religion combined to produce a peculiar atmosphere in which the activities of witches drew hostile attention to an unprecedented degree.

P. G. Maxwell-Stuart is Senior Lecturer in History at the University of St. Andrews. He is an acknowledged expert on the occult and his other books include Satan's Conspiracy: Magic & Witchcraft in Sixteenth Century Scotland; Witchcraft: A History; Witch Hunters: Professional Prickers, Unwitchers & Witch-Finders of the Renaissance and Wizards: A History. He lives in St. Andrews.

Book Description Tempus 2005-05-01, 2005. Paperback. Condition: Very Good. Item is in very good condition. If supplemental codes/CDs for textbooks are required please contact us prior to purchasing as they may be missing. Seller Inventory # DS-0752433296-2