Items related to The Black Prince 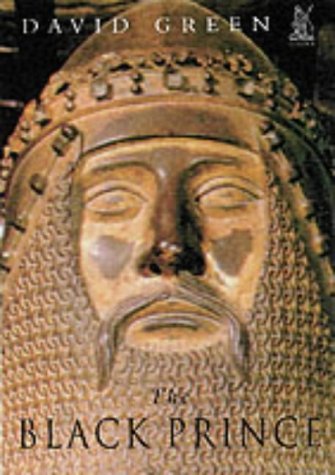 The Black Prince was one of the most important figures of the medieval period: he claimed the major battles of the Hundred Years Wars. Dying before his father, Edward III, he left his young son, the future Richard II, to an uncertain destiny. Despite his untimely death, the Black Prince played an integral role in English, Welsh, Spanish and French political life in the middle years of the fourteenth century. This was a period of intense political, social, economic and religious change, witnessing the outbreak of the Hundred Years War, the impact of repeated outbreaks of the Black Death, the notable growth of parliament's importance and England’s first major heresy. The consequences of such events were extremely significant and wide-ranging and contributed to the transition from the medieval to the early modern world.

The Black Prince was right at the centre of such transitions. His life and career both influenced change and was representative of its effects. He serves therefore as a crucial figure in his own right and as an example that can be used to illuminate the forces at work in the middle and later years of the fourteenth century. This book both provides a biography of the prince and insight into the medieval world at large.

‘covers all aspects of his life and military career.’ -- History Today

This is much more than a fine biography. It is a wide-ranging and deeply imaginative portrait of fourteenth-century aristocratic society, based on intimate knowledge of both the primary and secondary sources: a fitting culmination to years of research into one of the most controversial and flamboyant characters in English history.

Author of two recent books which deftly reconsider the Black Prince’s military reputation, David Green’s fascinating new study of how this most iconic but enigmatic figure exercised his power acutely analyses the cultural and social as well as political factors that shaped his turbulent century.

In this thoroughly readable book, David Green provides a vivid picture of England in the late fourteenth century, centred on the career of the Black Prince. The nature of aristocratic power provides a central theme, while war, plague and religion receive full attention. The book also throws many fascinating sidelights on the period, from the scandalously low-cut dresses of the Princess of Wales and the military finery of the Black Prince, to the increasingly macabre tombs of the period, with their images of decaying skeletons contrasting with worldly splendour.

Fourteenth-century England witnessed intense political, social, economic and religious change: the start of the Hundred Years War, the impact of repeated outbreaks of the Black Death, the notable growth of Parliament's importance and the rise of England’s first major heresy, Lollardy.  The consequences of these events were integral to the transition from the medieval to the early modern world.

Edward of Woodstock, Prince of Wales, participated in the most important events of this tumultuous age.  His influence and career were continental both in importance and outlook. He played a pivotal role in English, Welsh, Spanish and French political life, fought crucial campaigns in the Hundred Years War in France and Castile and ruled Aquitaine with all-but sovereign power from 1362-71.  As heir to the English throne, his wealth and involvement in courtly society and politics gave him exceptional influence and power.

Edward the Black Prince: Power in Medieval Europe is much more than a biography of this iconic but controversial figure.  Green uses the Black Prince’s career as a platform for a broad and fascinating discussion of late medieval European culture, encompassing chivalry, warfare, religion and aristocracy.  This perceptive and original account offers insight into the life of an enigmatic man, as well as the society around him.

Dr David Green is a lecturer at Trinity College, Dublin. He is the author of many books, articles and encyclopedia entries including The Battle of Poitiers, 1356 (2002), The Black Prince (2001) and History at Nottingham (1995).

Book Description Paperback. Condition: Very Good. The book has been read, but is in excellent condition. Pages are intact and not marred by notes or highlighting. The spine remains undamaged. Seller Inventory # GOR003109321