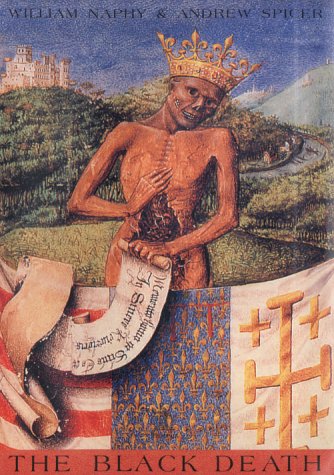 This history of destructive plague shows how centuries of epidemic alternated with centuries that were almost plague-free. The authors examine the social responses to the calamities, which were mainly religious and focused around guilt and punishment.

‘A chilling warning from history.’ -- John Adamson, The Sunday Telegraph

‘one of the most enjoyable history books that I have read in a long time... informative, enthusiatic and very easy to read...' -- History Scotland

THE FIRST OUTBREAK WIPED OUT HALF OF EUROPE'S POPULATION AND WAS THE SINGLE GREATEST CATASTROPHE IN HUMAN HISTORY - THIS NEW ILLUSTRATED HISTORY CHRONICLES THE FIRST PANDEMIC AND ALL SUBSEQUENT OUTBREAKS.

By 1340, Europe was beset by a host of problems. Even the ploughing of marginal land had failed to produce enough food to feed the ever-growing population. Poverty, unemployment, and vagrancy were all on the increase. However, by 1400 the situation had changed. There had been a dramatic change but from a wholly unforeseen and unexpected quarter: the Black Death. This horrific disease ripped through towns, villages and families. Men, women, children, young and old succombed to a painful, drawn out death as pustules, abscesses and boils erupted over their bodies. Within a few decades this virulent and unknown disease had wiped out up to half the population.

Subsequent attacks of the disease, coming almost every decade, so limited the population that it was not until the eighteenth century that it managed to surpass the levels of 1340. For over three hundred years, Europeans were stalked by death. In the end, this mysterious disease that had terrorized, terrified and killed millions, disappeared as inexplicably as it had appeared.

Book Description Hardback. Condition: Very Good. The book has been read, but is in excellent condition. Pages are intact and not marred by notes or highlighting. The spine remains undamaged. Seller Inventory # GOR002339045

Book Description NPI Media Group, 2000. Hardcover. Condition: Fine. First Edition. A hardback First Edition in Like New condition, in a similar dustjacket. This book is in stock now, in our UK premises. Photos of most of our books are available - please ask, as dustjacket and cover illustrations vary, and unless the accompanying image is marked 'Bookseller Image', it is an Abebooks Stock Image, NOT our own. Overseas buyers also note that shipping rates apply to packets of 750g and under, and should the packed weight of an item exceed this we reserve the right to ship via 'Economy', or request extra postage prior to fulfilling the order, or cancel. Seller Inventory # mon0000076664