Items related to The Battle of Agincourt 1415

The Battle of Agincourt 1415

The Battle of Agincourt 1415 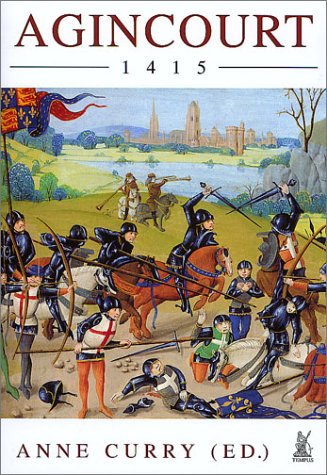 The battle of Agincourt still rings down through the centuries as a quite incredible victory by the outnumbered, happy few of England enfeebled by disease and exhaustion, against the might of French chivalry. Copiously illustrated with reproductions of battle plans and rosters never before published, Anne Curry steers the reader through the history of the most important battle of the Hundred Years War from the perspective of those who fought in it.

Well illustrated and... attempts to see the conflict from the perspectives of those who fought them. -- History Today

Peter Hoskins is a former RAF pilot who writes, lectures and gives battlefield tours related to the Hundred Years War. He contributed to the recent BBC4 TV series on the Hundred Years War and is a member of the International Guild of Battlefield Guides. His recent book In the Steps of the Black Prince: The Road to Poitiers, 1355-1356 was highly praised. Anne Curry is former president of the Historical Association, former vice-president of the Royal Historical Society and Dean of the Faculty of Humanities and Professor of Medieval History at the University of Southampton. She has published extensively in French and English and is one of the leading authorities on the Agincourt campaign. Among her many publications are The Battle of Agincourt and Agincourt, A New History.