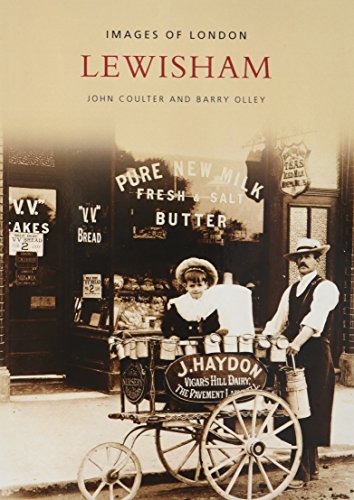 During the years between 1890 and 1930 Lewisham was a byword for solid comfort and respectability. However, this was a time of rapid change, when the wealthy merchants who had dominated Victorian Lewisham were moving further from their workplaces in london, and the streets were being colonised by thousands of lower middle class settlers. The commercial clerk was the characteristic denizen of early twentieth-century Lewisham. These new inhabitants were great lovers of postcards, and most of the pictures presented here, more than two hundred in total, and taken from the huge number of them published during that classic period. Very few have appeared in book form before. There are photographs of Blackheath (both the Lewisham and Greenwich parts), Lee, central Lewisham, Hither Green, Ladywell, Crofton Park, Catford, Bellingham, Southend Village, and Grove Park. Most of the sections can form the basis for an interesting historical and architectural walk. But hurry! One of the old Lewisham buildinhs illustrated here has probably been demolished while you have been reading this!

Book Description The History Press Ltd. Paperback / softback. Condition: New. New copy - Usually dispatched within 3 working days. This book is part of the Images of England series, which uses old photographs and archived images to show the history of various local areas in England, through their streets, shops, pubs, and people. Seller Inventory # B9780752400594