Items related to Spitfire Ace - Flying the Battle of Britain 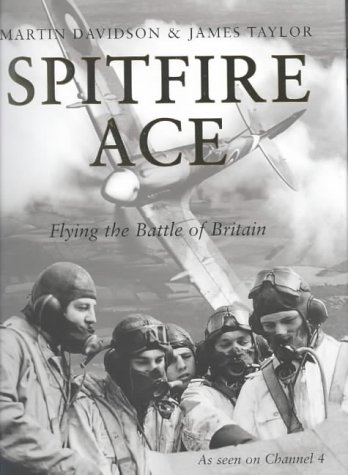 The Battle of Britain, 1940, was one of the most famous air battles in the history of warfare and it is a story of ruthless organisation, brilliant control and command. But at its heart is one particular figure, a legend ever since - the RAF fighter pilot. And one particular plane - a piece of machinery that has almost mythic historical glamour - the Supermarine Spitfire. Accompanying a major Channel 4 series of the same name, Spitfire Ace will reintroduce us to the few that flew in the Battle of Britain and will include interviews with 25 of the 35 surviving veteran Spitfire pilots. Combined with a historical narrative of the events surrounding the Battle of Britain, we'll learn for the first time what it was really like to fly a Spitfire and to experience combat flying at its most visceral. Fully illustrated with over eighty photographs and contemporary archive material, Spitfire Ace will provide a vivid portrait of the fighter boys and their finest hour, their planes (to include Spitfires, Hurricanes and Messerchmitts) and Fighter Command - RAF versus the Luftwaffe.

Spitfire Ace is among the best in a good year for oral histories. -- The Times

Spitfire Ace provides a vivid portrait of the few that flew in the Battle of Britain, 1940.