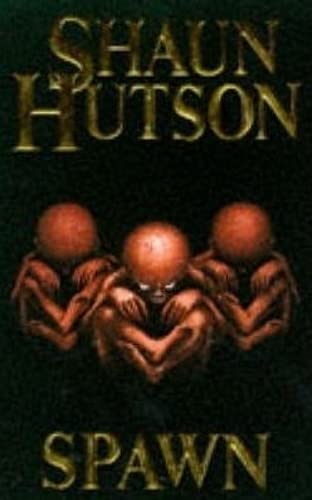 Released from a mental hospital where he has spent all his adult life, Harold Pierce is given a job as a hospital porter. But that job involves the disposal of aborted foetuses, something which brings back nightmare memories of Harold's accidental killing of his baby brother years before. A time of trauma and terror has begun, terror heightened by the escape from prison of convicted killer Paul Harvey who, hunted by the police, embarks on a muderous rampage. Pierce and Harvey, both disturbed, are about to unleash a terror beyond belief.

"Britain's greatest living horror author." --Dark Side "An expert in the art of keeping the reader turning the pages." --Time Out "Hutson writes grippingly." --SFX Magazine 'The one that writes what others only dare imagine.' SUNDAY TIMES

Harold Pierce didn't mean to kill his baby brother all those years ago. He didn't intend to incinerate him in a fire but he did and he has spent most of his adult life in a psychiatric hospital because of that. Upon release he is given a job as a hospital porter but that job involves the burning of aborted foetuses and the memories of what happened to his brother begin to torment Harold. In the small town where he lives the terror is mounting because of the escape from prison of psychopath Paul Harvey. Within days of his escape a horrifying series of murders begins but there is much worse to come. Pierce and Harvey, both disturbed and guarding terrible secrets, are about to unleash a terror beyond belief...

Book Description Paperback. Condition: Very Good. The book has been read, but is in excellent condition. Pages are intact and not marred by notes or highlighting. The spine remains undamaged. Seller Inventory # GOR002048967

Book Description Sphere, 1990. Paperback. Condition: Good. All orders are dispatched the following working day from our UK warehouse. Established in 2004, we have over 500,000 books in stock. No quibble refund if not completely satisfied. Seller Inventory # mon0004999001

Book Description Time Warner Paperbacks, 1990. Paperback. Condition: Used; Good. **SHIPPED FROM UK** We believe you will be completely satisfied with our quick and reliable service. All orders are dispatched as swiftly as possible! Buy with confidence! Aloysius Ihezie. Seller Inventory # mon0001448423

Book Description Time Warner Books Uk, 1990. Paperback. Condition: Fair. Pages are tanned. Pages are intact and not marred by notes or highlighting. The spine is creased. There is creasing/wear to the cover. Seller Inventory # L0066466

Book Description Warner. Condition: Paperback, Warner. Paperback, Sick, twisted, and revolting horror. Buy one for you and one for a friend. Seller Inventory # 6452

Book Description Time Warner 2004-02-03, 2004. Paperback. Condition: Very Good. Item is in very good condition. If supplemental codes/CDs for textbooks are required please contact us prior to purchasing as they may be missing. Seller Inventory # DS-0751513784-2