Items related to The Bentley Story 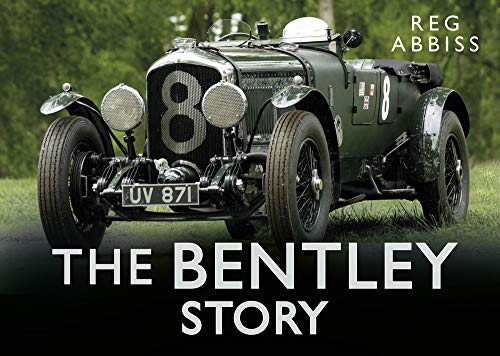 The fastest lorries in Europe , the Italian carmaker Ettore Bugatti laconically described Walter Bentley s huge, snarling British race cars that aggressively dominated motor racing for years. Driven by hard-partying young men known as the Bentley Boys, they consistently beat all comers, winning the Le Mans 24 Hour endurance race five years out of six. They also dominated Brooklands the cradle of motor racing and its thundering, steep banking, becoming the world s most admired and feared sporting cars. Bought by Rolls-Royce in 1931, Bentley languished in semiobscurity for decades as their parent company concentrated on its main marque. In the 1980s Bentley re-emerged with mighty turbo-charged super cars, and saved the financially ailing Rolls-Royce from going under. Bentley was back, and today is the world s leading performance luxury car.

Reg Abbiss was a news anchor and reporter with Speedvision TV Network for 3 years, and was the spokesman for Rolls-Royce and Bentley Motor Cars International for 16 years. He is the author of "The Rolls-Royce Story" and" Rolls-Royce from the Inside." He lives in Mahwah, New Jersey.