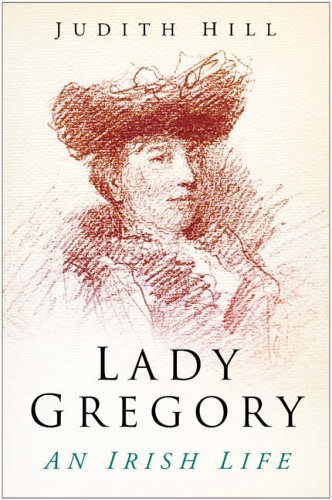 'Hill is a cultural historian who clearly has respect and affection for her subject' -- Books Ireland 'Judith Hills fresh exploration places Lady Gregory in the Ireland of her time, depicting her journey into nationalist politics and unravelling the connections between her life and her work' --Ireland's Own

She was the most complicated woman I can think of ...Very calculating, dutiful, courageous, purposeful, and all built upon a bedrock of humour and love of fun and a bitter sarcasm with a vein of simple coarseness of thought and simple inherited Protestantism.' This new biography of Lady Gregory (1852-1932) removes her from the shadow of the more famous Yeats (she wrote almost entirely the great Abbey Theatre hit Cathleen ni Houlihan, but let Yeats take the credit), and uncovers for the first time the full life of this key figure of the Irish Literary Revival. A founder of the now world-famous Abbey Theatre, she had a profound influence on Yeats and other writers including Henry James and Anthony Trollope. She herself wrote 42 plays, as well as a biography, essays, stories, poems, and an autobiography. Married to a man twice her age, she had an extra-marital affair with the poet and anti-Imperialist Wilfrid Scawen Blunt and at 60, a brief romance with the New York lawyer and art patron John Quinn. Placing Gregory securely into the Ireland of her time, the author shows how Lady Gregory's Nationalism in politics and literature fundamentally shaped her life and work.

Book Description Sutton, 2005. Condition: Good. First Edition. Former Library book. Shows some signs of wear, and may have some markings on the inside. Seller Inventory # GRP116926047

2. Charles Kingsley: His Letters and Memories of his Life TWO VOLUMES LEATHER BOUND

Book Description The History Press Ltd, 2005. Condition: Good. A+ Customer service! Satisfaction Guaranteed! Book is in Used-Good condition. Pages and cover are clean and intact. Used items may not include supplementary materials such as CDs or access codes. May show signs of minor shelf wear and contain limited notes and highlighting. Seller Inventory # 0750940867-2-4