Items related to William and Mary 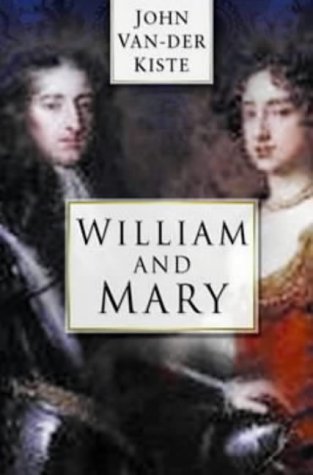 Mary (1662-94), daughter of James, Duke of York, heir to the English throne, then 15, is said to have wept for a day and a half when she was told she was to marry her cousin, William (1650-1702), son of William II of Orange (1626-50), Stadtholder of the Dutch republic, and Mary, eldest daughter of Charles I of England, who was eleven years older than her. In November 1677, on William's 27th birthday, they married in a private ceremony at St James's Palace. William was solemn, James gloomy, Mary in tears, and only King Charles appeared cheerful. This dual biography deals with both the "life and times" of the monarchs, and with England's place in Europe. Interests of the subjects, outside the constitutional, are dealt with, as well as their personal relationships: William's rumoured homosexuality and Mary's hinted-at lesbianism; Mary's troubled personal relations with her father, James II; and the relationship between Mary and her sister and husband's successor Anne. The book also examines the personal and political relations between William and his uncle Charles II, and between William and Mary and Charles' illegitimate son the Duke of Monmouth.

John Van der Kiste has written nearly 20 books on British and European royalty. His most recent biography, with Coryne Hall, is Xenia: Sister of Nicholas II (June 2002)His other works include Kaiser Wilhelm: Germany's Last Emperor and Georgian Princesses. He also writes historical articles and reviews for local and national journals, and contributed to the New Dictionary of National Biography.