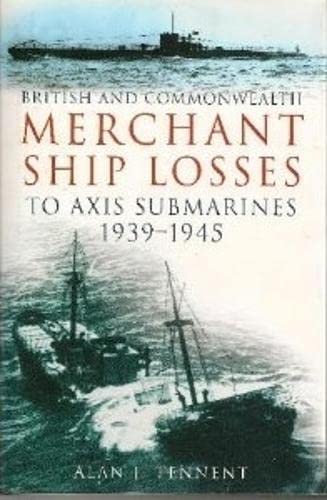 During the Second World War, merchant shipping was Britain's lifeline. Essential goods needed from Asia, Australia, Africa and America had to be brought across the oceans in merchant convoys escorted by British and Commonwealth warships. German U-boats, surface raiders and aircraft did their best to attack and sink these vital convoys and it became increasingly difficult to maintain supplies of raw materials like timber and iron, and foods like meat, cheese, butter and oranges. As the Germans tightened the noose on Britain's Atlantic supply lines, the pressure grew ever greater on Britons to become self-sufficient. The sinking of Allied merchant vessels mounted and Germany came close to winning the Battle of the Atlantic and starving Britain into submission. More Allied merchant ships were lost to Axis U-boat attack than to any other cause combined - in fact more than 1400 ships. In this unique and comprehensive reference volume, the author has gone back to primary sources to provide full details for each and every one of these ships - including the sinking of the vessels, the U-boat and commander responsible, and survivors, if any.

Alan Tennent spent most of his working life as Director of Tanker Chartering with Harrison Dixon Ltd, probably the oldest shipping line in the City of London. He retired in 1988 and since then he has written one other book which he self-published, British & Commonwealth Merchant Ship Losses to U-boats 1914-1918 (1990). He lives near Sevenoaks, Kent.

Book Description Hardback. Condition: Very Good. The book has been read, but is in excellent condition. Pages are intact and not marred by notes or highlighting. The spine remains undamaged. Seller Inventory # GOR002896593

Book Description Sutton Publishing, 2002. Condition: Good. This is an ex-library book and may have the usual library/used-book markings inside.This book has hardback covers. In good all round condition. Dust Jacket in good condition. Please note the Image in this listing is a stock photo and may not match the covers of the actual item,750grams, ISBN:9780750927604. Seller Inventory # 8520361