Items related to A Secret In The Family

Andrews, Lyn A Secret In The Family

A Secret In The Family 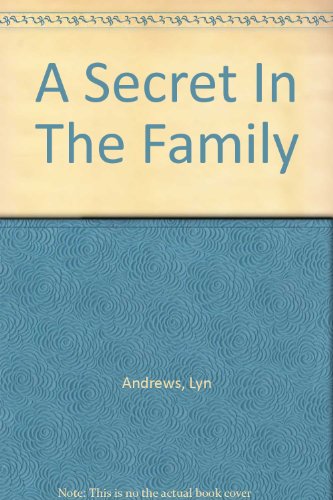 When best friends Dee Campbell and Jean Williams leave school in 1959, it feels like every opportunity awaits them. Their families haven't long moved from a rundown part of the city to leafy Kirkby when Jean's father wins the Irish sweepstake and soon Jean's set up her own hairdressing salon, while both girls have fallen for good-looking lads with prospects. It's hard to imagine being any happier. But Dee's father is about to discover a disturbing truth about her fiancé. With one revelation, the Campbells are torn apart. As Dee flees to Ireland, Jean marries Tony, blissfully unaware that she's not the only pretty girl to catch his eye... Tumultuous years lie ahead. But true friendship lasts a lifetime - and Dee and Jean will learn that the people who love you will always be there when you need them most.

The captivating new novel from Headline's queen of sagas, a hardback and paperback bestseller

Lyn Andrews was born in Liverpool in 1944; her father Joseph was killed on D-Day just nine months later. Lyn was brought up in Liverpool and became a secretary before she married and gave birth to triplets. Once the children had gone to school Lyn began writing, and her first novel was quickly accepted for publication. She has since written over thirty books, many of them Sunday Times bestsellers.

Lyn lives on the Isle of Man, but spends many weeks of the year back on Merseyside, seeing her children and grandchildren.

1. A Secret In The Family

Book Description Magna Large Print Books, 2011. Hardcover. Condition: Good. Ex-Library Book. Has usual library markings and stamps inside. All orders are dispatched the following working day from our UK warehouse. Established in 2004, we have over 500,000 books in stock. No quibble refund if not completely satisfied. Seller Inventory # mon0003484982

2. A Secret In The Family

Book Description Magna Large Print Books, 2011. Hardcover. Condition: Used; Acceptable. Ex-library **Simply Brit** Shipped with Premium postal service within 24 hours from the UK with impressive delivery time. We have dispatched from our book depository; items of good condition to over ten million satisfied customers worldwide. We are committed to providing you with reliable and efficient service at all times. Seller Inventory # 2922077

3. A Secret In The Family

Book Description Magna Large Print Books, 2011. Hardcover. Condition: Used; Good. **SHIPPED FROM UK** We believe you will be completely satisfied with our quick and reliable service. All orders are dispatched as swiftly as possible! Buy with confidence! Aloysius Ihezie. Seller Inventory # 3755585

4. A Secret In The Family

5. A Secret In The Family

6. A Secret In The Family

7. A Secret In The Family