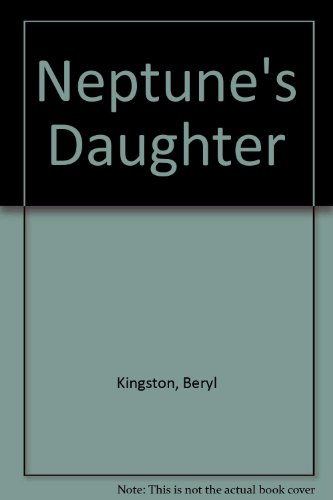 '...that's how you see me is it?' she said. 'Good child care.' Eleanor gave her an honest answer. 'The best,' she said. 'I mean, what can be better than the baby's own grandmother?' 'The baby's own mother,' Gwen said. When Gwen MacIvor is widowed she surprises everyone by embarking on an entirely new life. She buys a derelict tower by the sea, sets about restoring it, takes a lover, and a job, studies astrology and learns to enjoy life - at long last. Unfortunately, her daughter Eleanor - a successful executive of 30+ - has other plans for her. For Eleanor is pregnant and intends to go back to work as soon as her baby is born. Naturally she assumes that her mother will bring the baby up. It is not an assumption Gwen shares.

"As warm and as astute as ever, Beryl Kingston puts her finger on a contemporary dilemma." -- Elizabeth Buchan

Beryl Kingston was first published in 1980 by Ebury Press and in 1985 her first novel was published by Macdonald/Futura. After that she published a novel a year until 2001. She's sold over a million copies over the years. Beryl met the love of her life when she was just 16 and married him three years later during her first year at KCL. She taught English in various secondary schools, mostly in London. She loved the kids and thoroughly enjoyed teaching but took 10 years off to bring up her own three children because she loved them more. She returned to teaching until her first novel became a bestseller, when she took a cheerful early retirement. Neptune's Daughter grew from watching contemporary friends and relations struggling with the care of their grandchildren so that their daughters could go back to work. 'I've worked all my life', says Beryl 'so I'm not quarrelling with our present workaholic culture, but it does concern me that so many young mothers feel under pressure to ignore their natural instincts. I've seen too many of them over the years, many in my own departments, weeping and distressed because they've handed their new babies over to someone else so that they can get back to earning a living.'