Items related to Pratt of the Argus (Henry Pratt)

Pratt of the Argus (Henry Pratt) 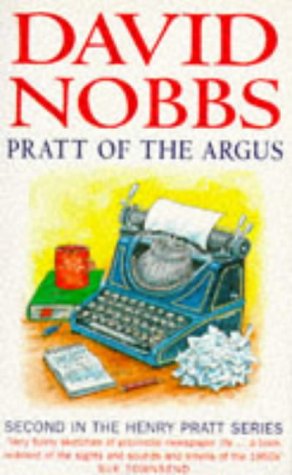 The sequel to "Second From Last in the Sack Race", these are the further comic adventures of Henry Pratt, who leaves National Service and goes into journalism with "The Thurmarsh Evening Argus". David Nobbs is the author of "Ostrich Country", "A Bit of a Do" and the Reggie Perrin novels.

David Nobbs was born in Kent. After university, he entered the army, then tried his hand at journalism and advertising before becoming a writer. A distinguished novelist and comedy writer best known for The Fall and Rise of Reginald Perrin, David Nobbs was acknowledged by his peers as a comic genius. He died in August 2015.

1. PRATT OF THE ARGUS (HENRY PRATT)

2. PRATT OF THE ARGUS (HENRY PRATT)