Items related to The Glass Wall 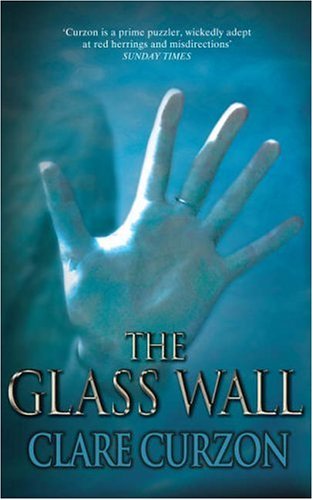 One freezing February evening, Filipino barman Ramon witnesses the unthinkable for the second time in his life. Someone is plunging to their death from seven storeys up. It is an old woman, but is her death a mere accident, or something more sinister? Strangely, Ramon's reaction is not to phone the emergency services, rather he heads straight for the apartment from which she has fallen. As if expecting the murderer to still be there, Ramon enters with extreme caution. On discovering that he is indeed alone, rather mysteriously he proceeds to meticulously clean the murder scene, wiping away any trace of foul play. Why should an innocent bystander go to such pains to protect a murderer, or does Ramon have a closer connection to this crime than just that of a mere witness? Curzon's latest mystery unpicks the events and motives that lead up to the seemingly pointless death of a lady already mortally frail, and her fast-paced style keeps the pages turning as the chilling truth is gradually revealed.

'Curzon is a prime puzzler, wickedly adept at red herrings and misdirections' Sunday Times 'Curzon brings a deft, professional touch to a highly satisfactory combination of plot, setting and characters' The Washington Times

Clare Curzon began writing in the 1960s and has published over forty novels under a variety of pseudonyms. She studied French and Psychology at King's College, London, and much of her work is concerned with the dynamics within closely-knit communities. A grandmother to seven, in her free time she enjoys travel and painting.