Items related to Forgotten Family, The 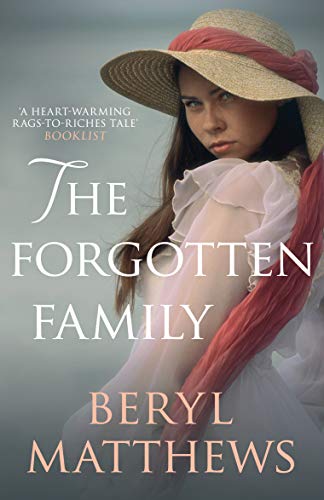 Whitechapel, London 1890. Queenie Bonner is only two when she is taken from her large family in the slums to a big house in the country. She is frightened and confused, begging to be taken back, but she is told that this is now her home. She yearns for her nine brothers and sisters, especially Harry, who is her favourite. Albert and Mary Warrender rename her Eleanor and bring her up as their daughter. As time passes Eleanor forgets about her other family and loves Mary and Albert as her mother and father. But fifteen years later, when Mary dies, Albert tells her about the Bonners. With Albert's help, she sets about tracing her forgotten family. The search holds pleasure, distress and even danger as she discovers what has happened to her siblings over the years. Eight are traced, but one remains missing. There is no sign of Harry. She knows she will never rest until he is found. But where is he?

"The book's happy ending will prove satisfactory to longtime Matthews fans and new readers alike, all of whom will already be eagerly awaiting the next instalment in this likable gentle series" Booklist on A Time of Peace "Catherine Cookson fans will love this" Woman's Own on The Open Door"

Beryl Matthews was born in London and grew up during WWII. She now lives near Farnham. After a career in the inspection office of an aircraft factory, Beryl started writing fiction. Her first novel was published when she was 71.